Welcome to the world of the N3N. If this is your first visit, check out the “ABOUT” page (above) to learn about the Naval Aircraft Factory N3N aircraft (and the blog name). Other popular pages are the “FLEET” page showing all the intact aircraft (over 95) that I have located thus far and we are continually adding content to the historic photos pages. (This post is a “sticky”, it will stay as the top post. New posts will appear below, newest first.)

We headed north from McMinnville to our trip destination – the Seattle/Tacoma area – to spend time with extended family.  I took a half day to check out the Museum of Flight at Boeing Field, just south of the city of Seattle.

The Museum is located right on the flight line, next to the Boeing Military Delivery Center.  There were a line of KC-46 tankers and this Australian Air Force P-8 parked on the other side of the fence:

END_OF_DOCUMENT_TOKEN_TO_BE_REPLACED

From Grass Valley we worked our way up I-5 into Oregon.  We spent two days at the Evergreen Museum in McMinnville, Oregon.  Of course Evergreen is the home of the Spruce Goose, with one of the buildings built specifically to house her.

There is no way to get a picture inside the building that does justice to the scale of the Hughes H-4 Flying Boat, but here is one showing three of the four R-4360 radial engines on the port side wing:

END_OF_DOCUMENT_TOKEN_TO_BE_REPLACED

We took 40 west, wound our way through New Mexico, Colorado, Utah and Nevada before arriving in Reno.

In Reno, we had the opportunity to meet with Mike, the owner of N45265, Bureau # 2685.  His aircraft was down for it’s annual, but it was great to meet up and put a face with a name.  Here is a “library” photo of his aircraft:

The next day we had got up to Reno Stead and met up with the group from the High Sierra Squadron of the Commemorative Air Force.  Their bird was, you guessed it, undergoing an annual.  The pictures do show how the N3N was designed for ease of maintenance, the entire port side of the aircraft has panels that come off with the turn of a few dzus fasteners: 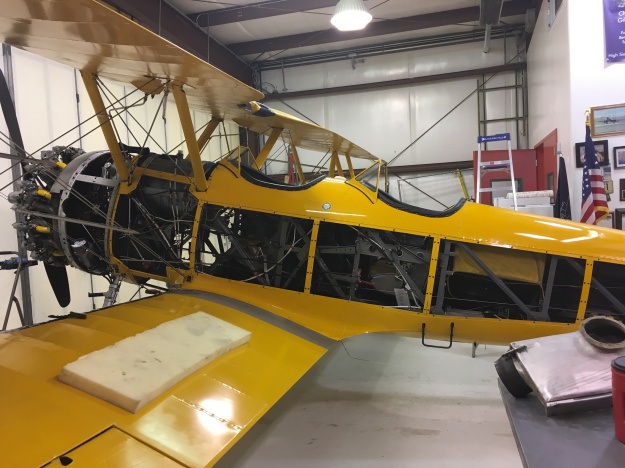 From there we went “over the pass” on I-80 and down the hill to Grass Valley California where we met up with Mike Ponte.  The aircraft that he was working on when we first talked in 2015 is completed and has a new home in Idaho.  Mike has an extensive inventory of components and he would be glad to build a Lycoming powered “N” if someone is interested. 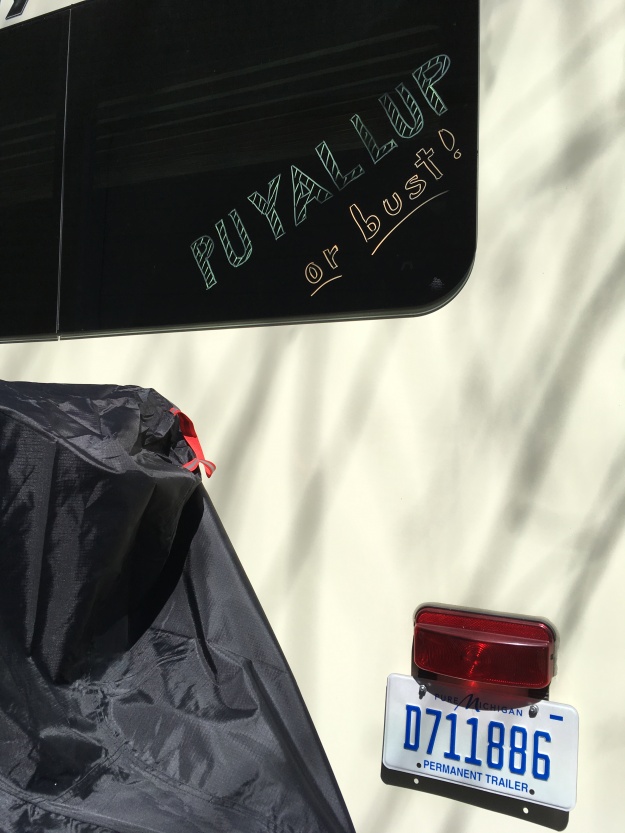 We had the opportunity this summer to make an extended road trip from the midwest to the west coast.  Along the way we had the chance to see a lot of America, visit some aviation sights and meet a few N3N folks.

END_OF_DOCUMENT_TOKEN_TO_BE_REPLACED 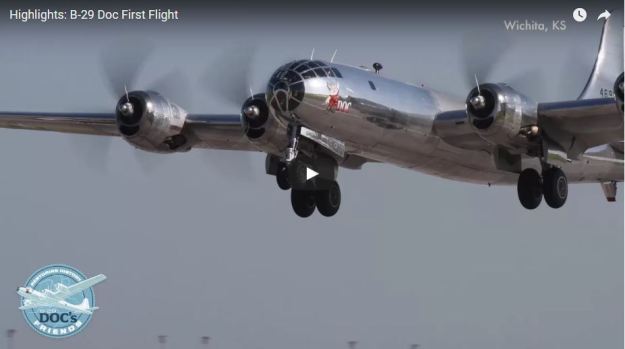 After being earth-bound for 60 years and after more than 15 years of restoration work, “Doc” flew again on July 17th.  What a triumph!

It is rumored that she will be at Oshkosh this year.

I spent 3 days at Oshkosh last week. Had a great time and saw lots of aircraft, including this personal favorite:

The aircraft is from the Fighter Factory in Virginia Beach. I talked to the owner, he now displays his N3N on floats. If anyone has a picture of the aircraft on floats I would like to update my museum page.

I talked with several owners, including Dennis, Matt, Brad, Jim and of course Ron. Those of you who said you were coming and didn’t make it missed a great time. The weather was nearly perfect: low 80s most days and plenty of sun.

We had a place in Warbirds for the 80th Anniversary. Here is a photo of #1926 (foreground) #3033 (background) in the late afternoon sun (photo: owner Scott): 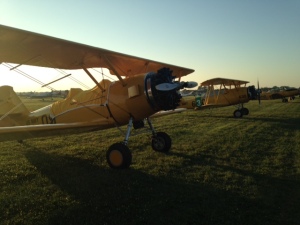 Here is owner Brad working on some fabric skills in Ron Kempka’s area:

I talked to Flightline Lead today. They are expecting 5-6 aircraft for the N3N row.

They also would like to feature an ‘N’ one day at training command. I nominate #2896. 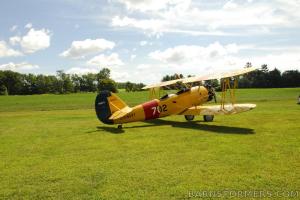 We provided some information on more authentic paint schemes for them to consider. The most recent color scheme shown here: 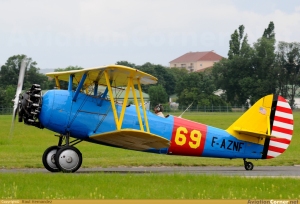 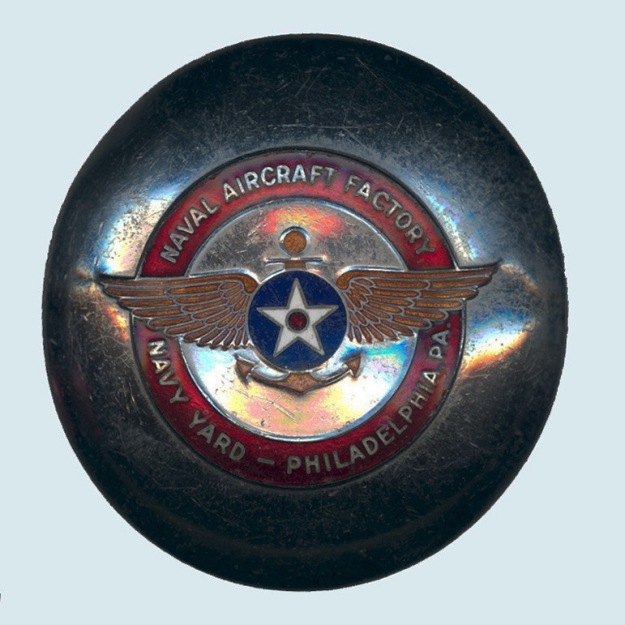 The members area of the N3N Owners and Restorers Association website is operational!

The members area has the following resources:
– A news feed to keep up with everything going on with the fleet
– An library of drawings, manuals and old (print) newsletters
– A For Sale / Wanted board

All past members are invited to join the members area (for free!). Use the “Contact Us” email address on the n3nowners.org for access information.

I mentioned this aircraft a few months ago.  She was earthbound for 33 years (in a cozy hanger) at Camarillo Airport.  On April 12 she flew from KCMA to her new home at KCNO.

The owner’s good friend Ryan was the one who coordinated the effort to get this lady back in the air.  The good folks at Victory Aero Tech performed a lot of the work (and their pilot flew the aircraft).

Here are a photo of her all cleaned up and ready for the flight: 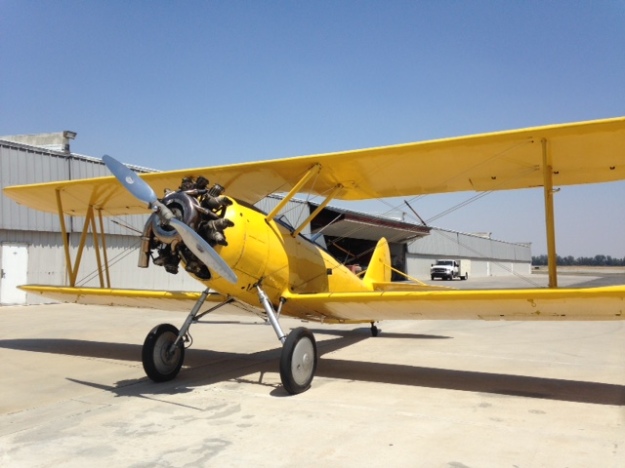 The N3N Blog – it's "Not a Stearman"
Create a free website or blog at WordPress.com.
Loading Comments...