I have been going through the fleet photos and thinking about paint schemes.

I was surprised that there are so few civilian paint schemes in the N3N family. The vast majority have at least some pretention of being military. There seems to be a real “warbird” draw to the “N”.

I would define civilian as having a significant amount of color that is not Orange-Yellow and none of the following markings: military stars (or later period Annapolis stars-and-bars), branch logos (Navy, Marines, Coast Guard) or buzz numbers. A simple “N3N” on the vertical stabilizer doesn’t get me to “military” (as always, your mileage may vary). I count eight civilian birds in the fleet as follows (in no particular order): 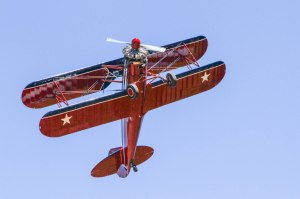 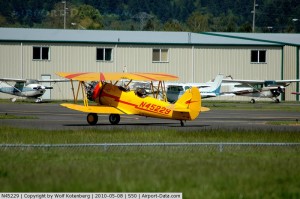 As I said at the top of the post, there is some disagreement on what is historic and what is not (please don’t anyone start a blog-war), but I think we can all agree that the El-Toro bird is NOT a historic Marine paint scheme:

I recently picked up an old Marsh Aviation postcard. It pictures an “N” and the phrase “If it’s a silver airplane with a yellow nose it’s Marsh Aviation”. It was printed on a linen-like surface by Western Lithograph in Los Angeles.

This is a high-resolution scan – you can click on the photo to enlarge. 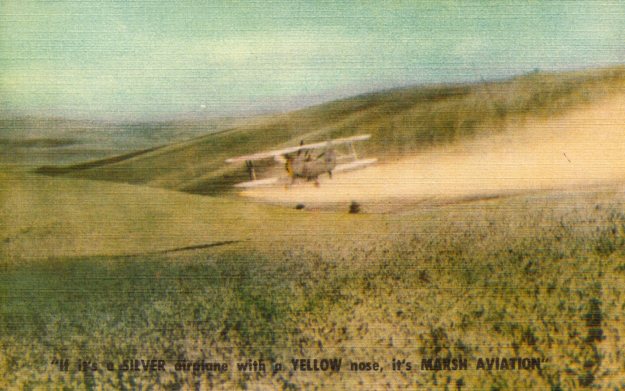 On the reverse side it says “There is no substitute for experience. If it has been done on the farm by an airplane, Marsh has done it. Crop Dusting, Liquid Spray, Seeding, Defoliating, Selective Weed Control and Fertilizing.”

I will be adding this to the Ag Aircraft page as well.

We reached 10,000 views this past week – that means 10,000 “clicks” on the various pages and posts of the website. Whooda’ thunk that my idea to collect N3N documentation for the web would have rallied together such a great group of people:
END_OF_DOCUMENT_TOKEN_TO_BE_REPLACED

I ran across this photo on the internet. The Buick appears to be a 1977-1979 model. Anyone know the story? 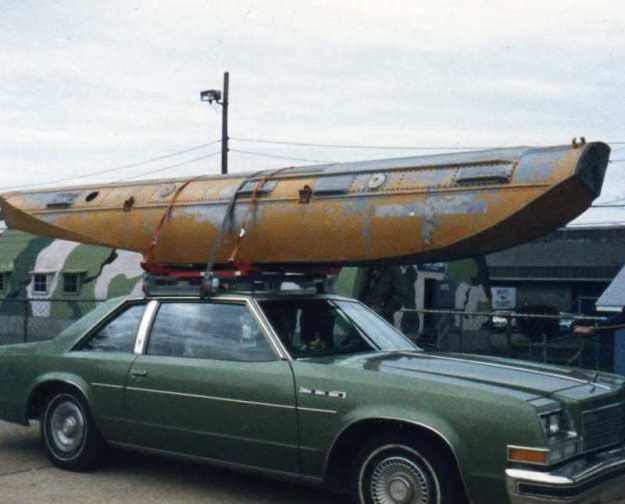 I am fascinated by the Quonset Hut in the background.

A few birds were mustered out from time-to-time over the years., continuing on into the 80000 series.  I understand that after the war the depot started with about 100 aircraft that were rotated in-and-out of Annapolis, gradually reducing in number.  The final birds out of Annapolis (1957-1961) received registration numbers with four digits and an alpha character on the end (i.e. N9999Z).

There have been lots of additional registrations issued.  Some have been issued randomly by the FAA for restorations, expirations or transfers. Then there are the custom registrations. These tend to come in (3) flavors – those with “N3N” in their sequence, those that use the Navy Bureau number and personalized numbers with special meaning to their owners.

I especially like the bureau number registrations.  Many of these came out of the Hendrickson stable.  These make great call signs – “Navy Four Four Zero Nine turning base runway three-two” – that’s a lot like their original military call signs (although most N’s did not have radios in their active-duty days).

So of the current registrations (a hundred eighty-some, depending on the day you run the report), how do these break out?

Others:  that leaves about 40 personalized and/or transfer registrations.  Some are pretty easy like personal initials “582WH” (Hi Bill!).  Some I can’t figure out – like “71N”.  My favorite is “66CV” (I sleuthed it out, can you? Google is your friend…).

Comments are open (click on “Reply” above, just under the title).  I would love to hear any history of your aircraft’s N-Number, especially if it is one of those 40 or so unique registrations.