Okay, I was discussing the N3N with a volunteer at the National Museum of Naval Aviation (wearing my “Not A Stearman” T-shirt, I might add) and he came out with “The N3N is a Navy copy of the Stearman”. I asked him how he knew this and he said: “just look at them”. So I guess the ol’ Mark One eyeball is tool of choice for determining these things… 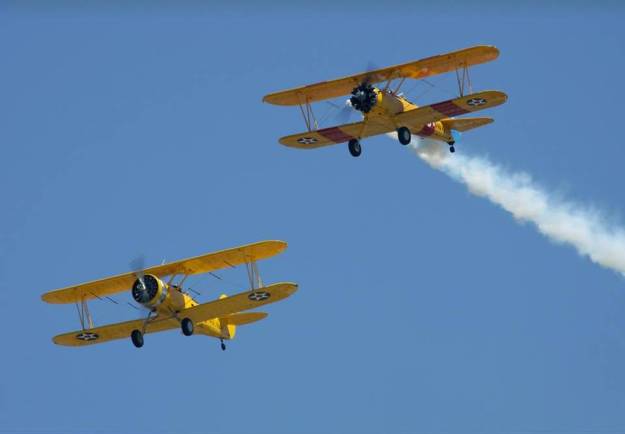 The first thing to note is that the N3N is a larger and heavier aircraft. The Stearman is in the foreground in the picture above, but it still looks smaller.

Which aircraft came first? Both aircraft were designed in 1934. The Stearman had its first flight in 1934, presumably because they were an established aircraft design house. It took the Naval Aircraft Factory longer to get their design completed and into the air (1935) likely due to the combination of needing to engineer two versions (floats and wheels) and their not being an established aircraft design house. The fact that they were designed in the same year really argues against copying by either design team.

Here are some photos of the biggest difference – the construction:
1. Wing construction – The N3N has an aluminum wing, extruded aluminum spars and sheet aluminum ribs. The Stearman has a wing made entirely of wood: 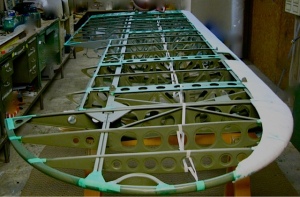 2. Fuselage construction – the other big structural difference is that the N3N has a riveted, extruded aluminum fuselage, the Stearman has a welded steel tube fuselage (like a Piper Cub).

The planform of the horizontal tail surfaces are visually quite different – The N3N has rounded stabilizer and elevator while the Stearman has arcs connected with straight lines:

And now the tale of the tape. Here they are, side-by-side, by the numbers (N3N in Red, Stearman in Blue). No numbers match and only a few are even very close. The difference in aspect ratio is one of the biggest differences. The N3N has a wing that is nearly 2 feet longer but the chord is 3 inches narrower.

Oh, and did I mention the floats? 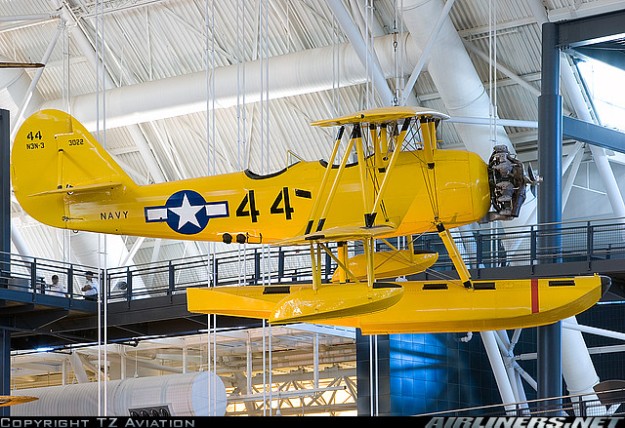